The man who calls himself Nicholas Trainer-bees is becoming something of a legend among both beekeepers and cannabis enthusiasts. He managed to train his bees to make honey after gathering resin from cannabis plants. “I have trained bees to do several things, such as collect sugar from fruits, instead of using flowers,” Nicholas said. “The aim arose for me to get the bees to obtain this resin.”
By using what he calls “a training technique whereby the bees collect the resin and use it in the beehive,” Nicholas and his bees have created the world’s first batch of “cannahoney.”
Since this is such a new phenomenon, nobody’s had a chance to really test this new honey to see how much of the original cannabis actually makes it through to the final product. But Nicholas says that his bees’ cannahoney brings together the health benefits of both honey and cannabis.
In fact, the idea of trying to get bees to make honey out of cannabis originally came from his own personal experiences using marijuana for medicinal purposes.
Recognizing that honey is another all-natural substance with tons of potential health benefits, Nicholas decided that honey and cannabis would be the perfect things to combine.
“The bees that produce the cannahoney are not affected by cannabinoids because they do not have an endocannabinoid system”, he explains. 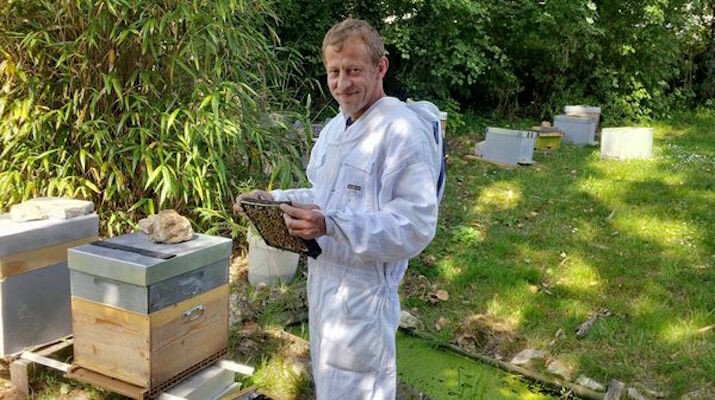